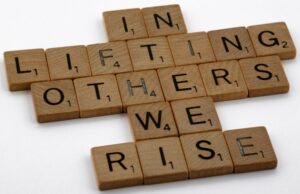 Perhaps I was foolish for being a solitary traveller on that mountain road, but my journey was urgent. The attack, when it happened was brutal, shocking and I lost everything that I had including my clothing. I was left for dead with no means of identification, little chance of discovery or help. Although barely conscious I was aware of two people who had passed on the road without stopping. I was frightened for my life, fearing that it would end here, battered, abandoned and alone. But then my rescue came and from someone who would be regarded as my enemy, the ‘other’, the outcast, the infidel, the foreigner and the despised one. It was life-saving compassion. He had no regard for my ‘otherness’, my tribe, status, religious connection or observance. He dealt with my wounds and made plans for my care. The Injured

When I saw the tangled mess of flesh and blood how could I turn away and not stop to help? Here was a desperate man struggling with injuries that could cause his death. His identity, status, racial group became irrelevant. At that point, he became my neighbour, my family, my brother – a relationship not defined by any normal boundaries – but by his sheer need. I had the means to help him. The risk to my own life on that road was hopefully small. I knew the road, the Inn and I had the means to help. The Inn keeper knew that I am a man of my word and that I would be good for the money when I next returned. My heart stirred and action followed. The Rescuer

The Samaritan offered a costly compassion. He could have acted out of fear and so taken no action but to move along, considering his own safety. But he did not act out of fear. He acted out of compassion for ‘the other’. It was scary, involved physical effort and energy, was financially costly, took initiative, planning, promises and assurances.

“Who is my neighbour?” My neighbour may be one to whom I would least expect to be a neighbour. Jesus changed the question round completely to “what does a neighbour do?” Jesus showed a very clear picture of what a neighbour does. His final words are “Go and do likewise” further reinforcing the message “Do this and you will live”. May we never act out of fear but always out of love.

When Jesus saw the crowds, he had compassion for them, because they were harassed and helpless, like sheep without a shepherd. Matthew 9 v 36

Pray Our Afghan neighbours are experiencing acute distress and terror. Afghan Christians are vulnerable and fleeing to the hills to hide as escape routes out of Afghanistan are closed to them. There is the constant fear of being reported to the Taliban. Women, and girls over the age of twelve, avoid going out on to the streets. Those who worked for NATO and western countries may be left behind as the August 31 deadline approaches and evacuation concludes. Families who are re-settled in the west face dramatic adjustments to their circumstances, culture and language. We pray for compassion and practical care for those in Afghanistan and those who are re-settled in a new life in western countries.