Talking about sin is difficult, so we avoid it.  It threatens our mental health and self-esteem.  But sin meets us massively in the world: we cannot deal wisely if we do not recognize it.  Political discourse becomes deceitful, evasive, and merely euphemistic when there is no political will or words to confess sin. 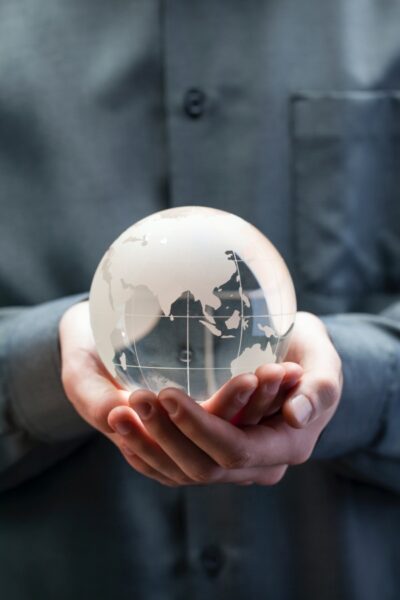 Some take refuge in the belief that climate change was caused by the sun, so the earth and its inhabitants are innocent victims. Now we know the rise towards 1.5 degrees and beyond is significantly down to human activity. Individuals may deny responsibility, claiming they are swept along helplessly in the tide of impersonal forces, like population growth generating consumption beyond earth’s capability. But sin is more than guilt that can be pinned without remainder on offenders; it is sin when the ‘innocent’ individual refuses to accept that they are members of the community, who have their being only in sharing with others. Goodness, as opposed to sin, makes itself responsible for the plight of the world, even when it has done nothing to cause that plight. So God in Christ bears the sin of the world, being ‘made sin’ (II Corinthians 5.16-6.10) and only from that truthful point bringing new life to birth.

We cannot now save ourselves from climate disaster unless we think and act communally and give ourselves to the common whole-world enterprise without claiming exemptions.

The West is abandoning Afghanistan shamelessly, as though we are innocent and Afghans must take responsibility for the disaster. We say we can be proud of enabling the education of girls and are still unfazed by our overall failure.  We have spent many billions on fighting a war to keep al-Qaeda from our streets, but as this piece in the Guardian points out we have put too little money into Afghanistan’s governance and development. https://www.theguardian.com/commentisfree/2021/aug/13/whatever-happens-next-in-afghanistan-a-humanitarian-disaster-is-already-in-train

We have the expertise to fight for our own interest, till we are weary, but not so much wisdom or humility to help other people to live better.  Yet still we are not ashamed: those whose prime concern is their own safety will not be ashamed when they fail those they count as less valuable.  So our sin is unveiled in this history, but we refuse to know what we are doing – and that refusal is deep sin.