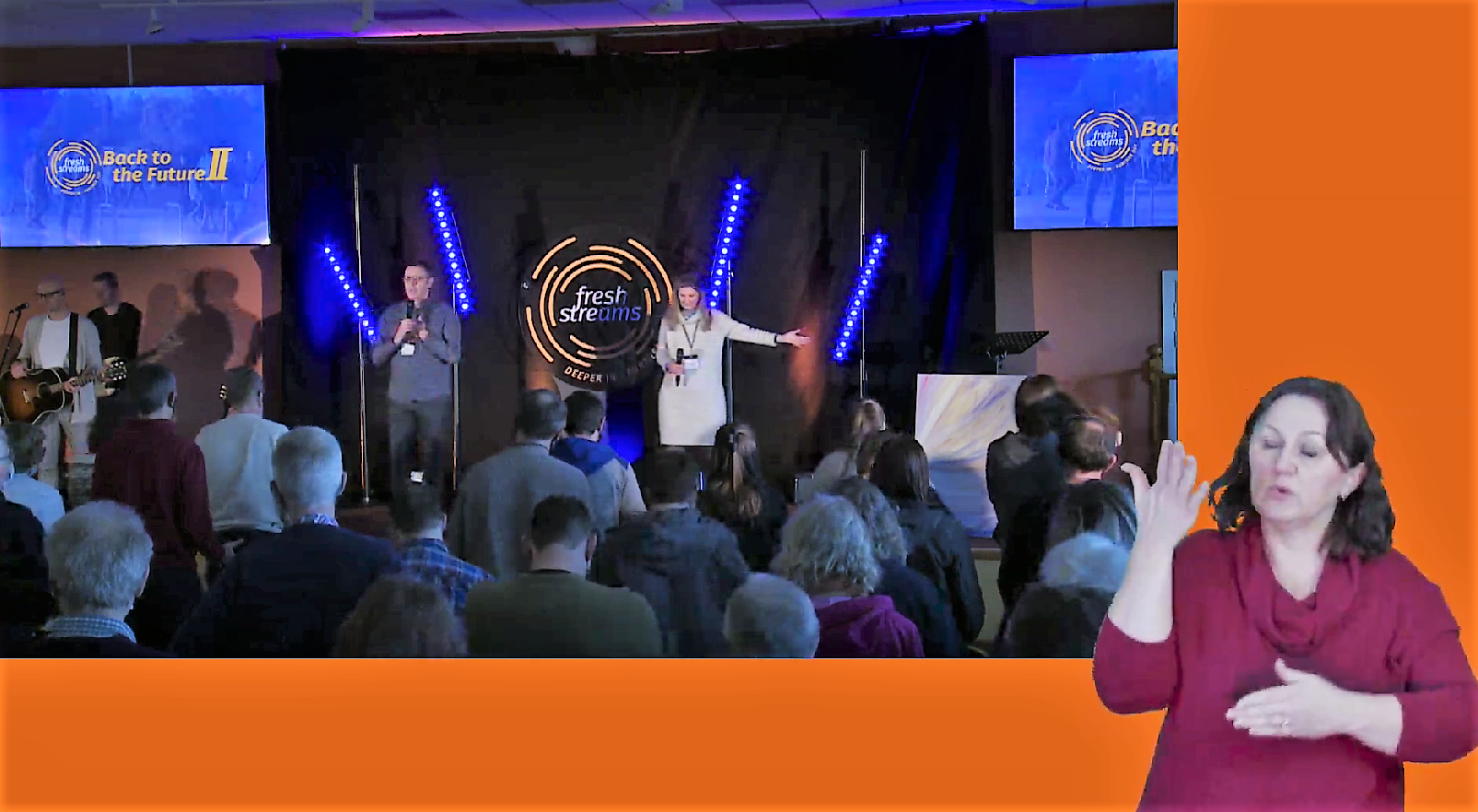 To sum up the Fresh Steams conference in just a few words is almost impossible. In fact to be honest how in such testing times the organisers managed to stage such an event is little short of a miracle.

That’s because between 2pm on Monday and 1pm on Wednesday, either in a conference hall or online they managed to engage with literally hundreds of delegates through seven main sessions of worship, prayer and teaching alongside producing sixteen online seminars.

Above you can see some pictures taken from the final session of the conference, a two hour session which included some really powerful one minute testimonies and an inspiring talk by Mark Elder Minister of Tarporley Chapel. Mark focussed on the demands and the pressures of leadership and how when you are running round like a headless chicken trying to do all those jobs nobody else wants God is always there for you.

From Roy Searle’s opening seminar on Monday lunchtime right the way through until the same time on Wednesday one message kept repeating itself. And that was that we are living in times of great change, times when although what we used to do is still relevant the way we (the church) do it is maybe not compatible with 2022.

Shelley managed to travel to the Hayes Centre in Derbyshire on the Tuesday, and we have invited her to tell us just a little bit about what she experienced…

“Fresh Streams conference took the theme of ‘Back to the Future part 2’ and followed on from last years online conference, much of which you can still watch on the Fresh Streams website. This year it was good to connect with others online and in person and to hear stories of the last 18 months from churches around the country.

We shared about God’s faithfulness but also prayed for our churches and their leaders and sought to find God’s perspective through hearing His word, creative worship, seminars and conversation.

There was also space just to be, and a sense among many leaders that life had been so busy in responding and trying to fix things in a rapidly changing environment that the ‘doing for God’ had overtaken the ‘being with God’.

As Roy Searle said at the start of the conference, ‘there is meaning in the waiting’. Despite the personal and corporate challenges people had faced over the last year (many talked about losing loved ones and diminishing numbers of volunteers) there was also a sense that God was doing a new thing amongst His people and there were stories of people coming to faith through encounters with God, a greater awareness of God speaking through prophecy and the real blessings of intentional relationships.”