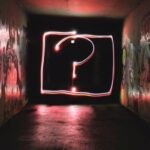 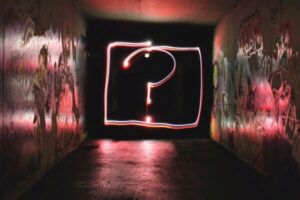 Question:  Since you grew up in a religious family was there ever a moment that you doubted your beliefs?

Answer:  growing up in a religious family does not naturally produce faith.  One learns to talk about matters relating to faith, as though it is as ordinary a part of life as eating or the weather. I picked up considerable knowledge of the Bible and of Christian teachings by the time I was a teenager.

But that did not necessarily imply ‘faith’ in any meaningful sense.  It was accepted and made clear that faith was,  on one side, the gift of God,  and on the other side, my side, an acceptance of the gift, implying, more importantly, a personal commitment to God.  Nobody was born a Christian, being a Christian is a responsible informed choice.

The family was happy and parents were convincingly supportive always, even though in  some periods there was serious poverty, insecurity and ill-health.  So as children we were not put off the faith of our parents by feeling they had let us down.   The fact that they understood faith was a deep meaningful personal commitment meant that they respected our autonomy in such an important matter from very early on.

So I became a Christian knowing what I was doing.  I was taking a stand, which was not shared by everyone.  Sometimes it needed explaining, sometimes defending.  That was not always easy, but it was implied in what I was taking on in being a Christian.

Some people become religious without understanding  it as  choice and commitment, and so when faith becomes unpopular or seems to be contradicted by the pains of life, they are disappointed and upset.

Christian faith, as it was presented to me, involved a life choice to follow Jesus as Lord and Saviour.  This concept of Christian faith is drawn pretty directly and simply from the Gospels, which tell how Jesus chose disciples to be with him, and to follow him, and to share in his work.  As they followed him, it became clear that their life with him could not be plain-sailing, and certainly would not be a ‘spiritual’  existence somehow insulated from the realities of the present world.  Jesus from the beginning was involved in difficulties, which intensified as he went towards the final showdown in Jerusalem.   Some gave up on Jesus, but the disciples stayed with him – just.

That was the model of being a Christian offered to me.  It is a tough model.   It either turns people off or builds backbone.

The story of Jesus takes into account the profoundest reasons for doubting God, the goodness of God, the worth of earthly life,  and so it speaks to us when we feel such pressures.  And if we are alive, responsible and caring in the world as it is, those pressures are inescapable.

But the story of Jesus is a story of faith and more than faith – it is the story of a man who lived closely, intimately, daringly and self-givingly, in oneness with the heavenly Father.  On the cross, the man was reduced to himself alone, broken and insufficient,  reduced to what he could see in his narrow deadly situation.  But God was faithful:  God had been living and making the story of Jesus with Jesus, and now God picks up the ruins and carries on the story by raising Jesus to newness of life and opening up his story as an invitation to all people to join in.  So the story of Jesus, taken as a whole, is a joyful, hopeful story, not because it cultivated unrealistic fantasy, but precisely because it lives on earth, through all that earthly and human life brings.   It lived on earth: it goes on living on earth.

So we can see through this story how God is God of and for the whole world, as we experience it.  God not merely sources the world, but inhabits it in intimate universal availability, and more, claims and owns it as God’s own.  God is not ashamed of Jesus the human being who was broken on the Cross, God is not afraid to be committed to this world which breaks Jesus and many others with him.  God does not solve the ‘problem’ of this rotten world – don’t pretend it is  otherwise – by sweeping it out of the way and making a new model;  God loves the world, owns it, works at it and with it, along with suffering fellow-workers.

So I can’t say ‘I never doubted my beliefs’ because that terminology does not fit the situation.     I could understand that phrasing when arguing with teenage friends, who were atheists, who thought my beliefs empty and without reason.  And sometimes in those days, I might have tried to answer them in their own terms – I cannot remember.  I suspect that from very early on, I would be talking in the way I have outlined here.  Simply put, I don’t so much ‘have beliefs’  (which means ‘religious opinions’?) but I commit myself to Jesus, which is a life, rather than a set of opinions.  Jesus does not protect me from things that produce doubt, but takes me through them by sharing the life of God.

The life of God is full of positives, and God invites us to concentrate on them: Seek the Lord and his righteousness. It is easy to use up energy trying to answer doubt, and to have none left to build from and with the positive. The positive of God who so loved the world that he gave his only Son that we might have life through him.