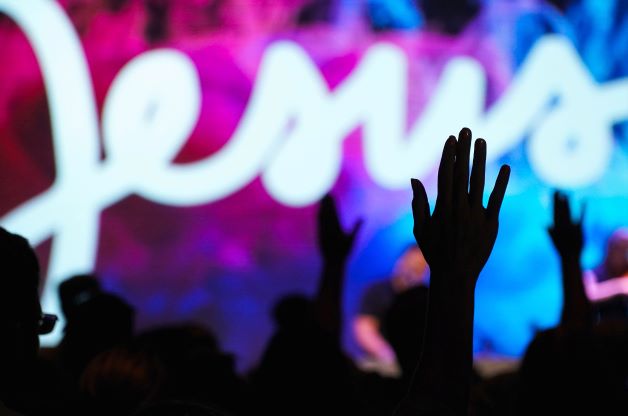 This Sunday coming (26th) 11am and on YouTube the theme for our service is ‘I am the Way, the truth and the life.’ From John Ch 14 v 6.
Christopher Singh will be talking to us.
Claire Taylor is leading the worship.
Paddy Colling will be the service host.
If anyone can help with the children’s work we would be grateful as the regulars are on holiday this week. 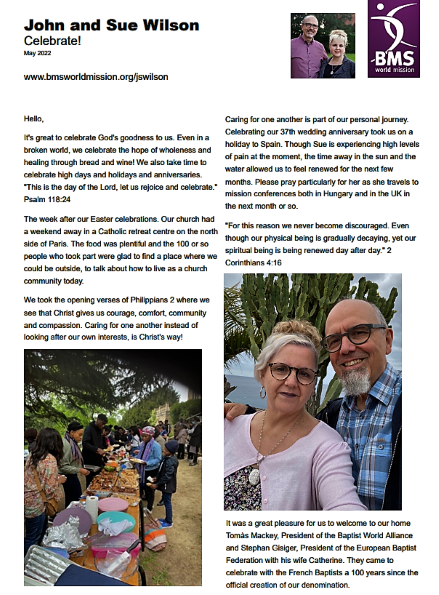 Here’s the latest prayer letter from John and Sue Wilson in France. You can download a high quality PDF of the whole letter by following this link.

As we heard from Karen and Rod last Sunday Zsuzi and Andor celebrated a very special Service last weekend. With the Bishop present and surrounded by family and friends they were formally welcomed and inducted into their church.

Take a walk through the gallery above, it looks to have been a wonderful service. 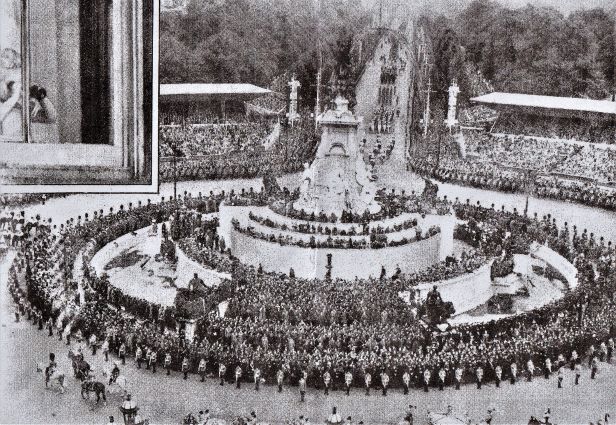 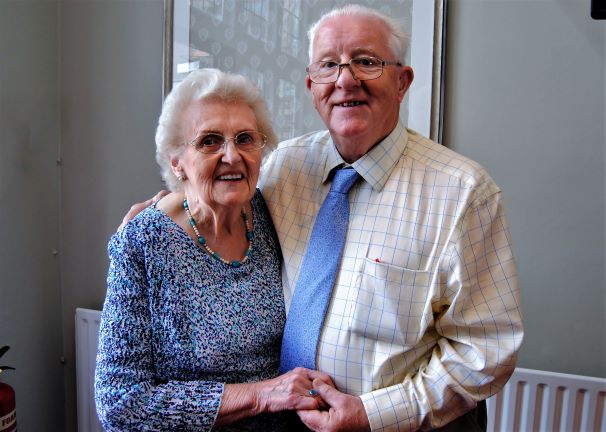 I was one of a dozen Girl Guides from Hindhead, Surrey selected to line The Mall on June 2 1953. It was with great excitment and some trepidation that on 1st of June we boarded the train for Waterloo at Hazelmere station. Arriving at Waterloo we were met and escorted to the Girl Guide HQ on Buckingham Palace Road.

We received a briefing on what what we were expected to do the following day, and a warning that it would be a very early start. Despite the warning there was still lots of exited chatter in the dorms before lights out.

We had all seen in the cinemas newsreels of the great victory parade of 8 years before. Although at the time the country was still in deep austerity and with bitter sweet memories, many of the comentators had praised past achievements and were stressing their hopes for the future. However, this was different, the feeling in the dorms was palpable, it wasn’t just hope for the future it was EXPECTATION that we were at the dawn of a new golden age – we were the new Elizabethans, and we were there!

It was a very short night’s sleep and for us, along with some other Guides a restless one. After a quick breakfast and dressed in our navy blue raincoats we were escorted the short distance to the Victoria Memorial in front of the Palace. It was a still, misty morning – 6am. As we took our places on the memorial we could see directly along  The Mall and that it was already thronged with people, many of whom had spent the whole of the previous night there and were still wrapped up against the cold. We sat on the steps clutching our sandwiches that we had brough from home for our lunch.

Eventually we could hear the approaching bands with pipes, drums and marching troops. The mist began to clear. We took our raincoats off and suddenly it was all noise and colour. Standing on the steps we had clear views of a young and radiant Queen in her wonderful coach leaving the Palace and setting off along The Mall to vigorous flag waving and thunderous cheering.

After the procession had passed we were instructed to take up new positions in a single line along The Mall to await the return of the newly crowned Monarch. It was a long wait with some rain but we all had the realisation that we were taking part in a wonderful, historic occasion.

Finally it was straight back to Waterloo staion for our return to Hazelmere and then home to Hindhead. By 5.30pm I was sitting in a very crowded room of a family friend watching reruns of the coronation on their TV, and of course relating my very personal experiences of that very special day.

The picture of Gillean and David that you see above was taken in 2016 . 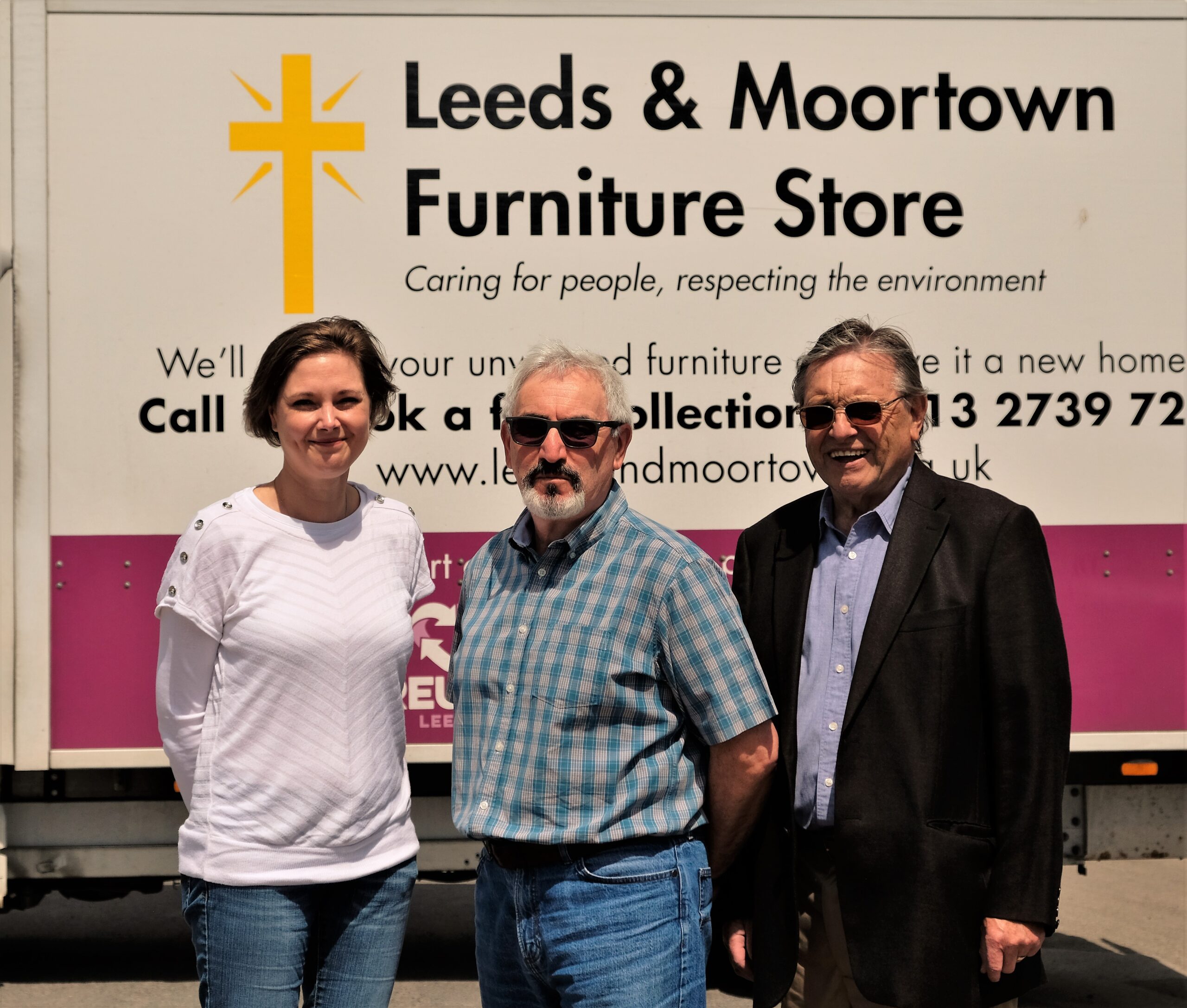 A Leeds based furniture reuse charity has just appointed a new Operations and Development Manager. Hannah Metcalf (left) comes to the Leeds and Moortown Furniture Store following two decades working in the charitable sector: firstly with St Gemma’s Hospice and then for the last ten years with the Leeds and Wakefield branch of the RSPCA.

Hannah replaces John Gamson (centre) who retires next month who in turn, in March 2010 took over the role from former NHS manager Terry Kelly (right).

Now based at Seacroft the charity which collects and redistributes unwanted furniture to people in need began life at Moortown Baptist Church, Leeds in 1986 when a number of people realised that for every three-piece suite, bed, wardrobe etc. that they and their friends were replacing someone else might appreciate their old one. In those days cellars, attics and garages were used for storage whilst car boots and even an old horse box were used for deliveries. Now, however, in the last full year and in response to referrals from Leeds City Council and scores of other statutory and voluntary agencies the Store made well over 2,000 collections and deliveries, made up of over 13,000 separate items. This on top of the work of its trading arm, LMFS Trading Ltd, which supplies new furniture, furnishings and white goods to a growing list of third sector clients.

“This is a real challenge,” says Hannah “and it’s one I’m really looking forward to taking on. There are an enormous number of people in need and if we can help them by providing some of the most basic items of household furniture then that’s great. We have a wonderful staff team and some brilliant volunteers. I think what I’m looking forward to most is continuing the work and enhancing the reputation of L&MFS whilst at the same time, as and when I can introducing a few new ideas of my own.”

It’s one of those Services which will have something in it for everyone so join us at 11 am in church or via our YouTube channel.

We arrived to find Cluj was at 30′ +. A dry type of heat. We have visited many families that have history with Moortown. Some from over 30 years ago. All send their greetings and good wishes to everyone. We spoke in Monastur church and gave greetings to them too.
It poured down and we had hailstones before the service. Flooding down the roads but when we came out it was dry again and hotter.
We met with a group of Ukrainian refugees who have decided to stay in Cluj and join their church. Many now have moved to then West or returned to their homes again. This group are still too afraid to returning many had young children.
The church has used our money to provide accommodation and food or medicines for hundreds who initially came. They still support the group you’ll see in the video.
One lady prayed for Moortown and thanked us for our love!!
She told us how hard it has been for them leaving their homes and not knowing when they can return.
We visited Via church across the city. A vibrant modern church of over 400 families. They are growing weekly. During Covid lockdown they rented the local football stadium to spread around and even baptised people in blow up pools!!!
On Sunday we were in Andor and Zsuzsis church at Oderheiu. A formal service in the morning and families in the afternoon. Their choir is exceptional. All happy to meet us and send their warmest greetings.
There’s a YouTube video below which shows an informal choir rehearsing for next Sunday when the bishop will visit Andor and Szuszi’s church and a quick look around their church  – couresy of Rod. 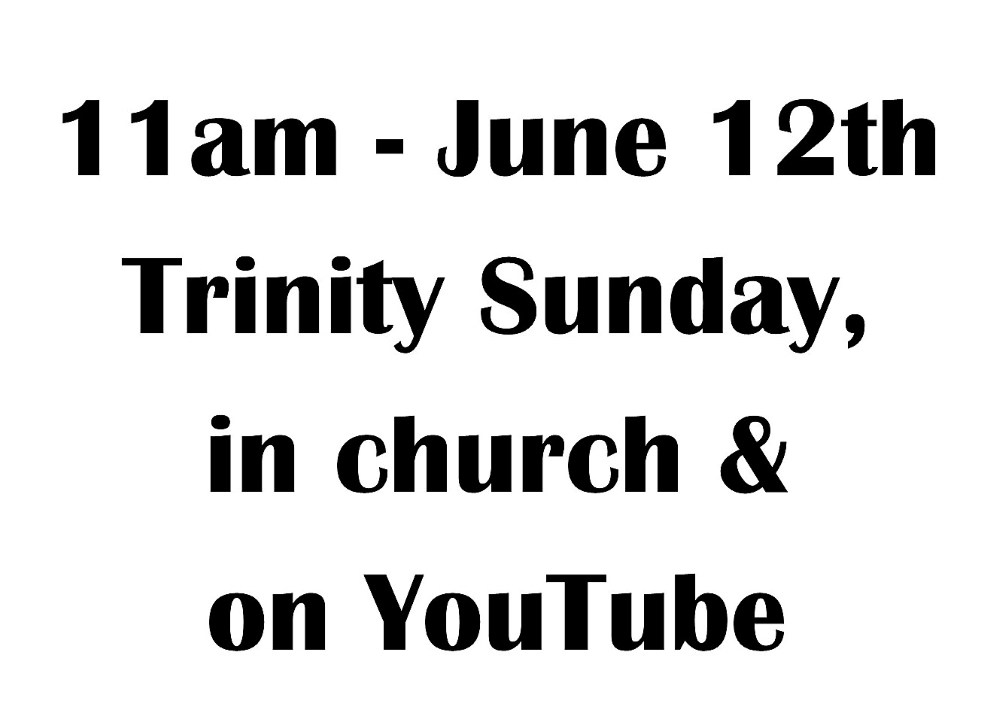 This coming Sunday, June 12th is Trinity Sunday. As usual we shall be meeting in church at 11am and also on YouTube.

Please be aware that the Leeds leg of the World Triathlon Championship is taking place on Sunday which means that from 4am until early afternoon we will have little (if any) access to our car park. 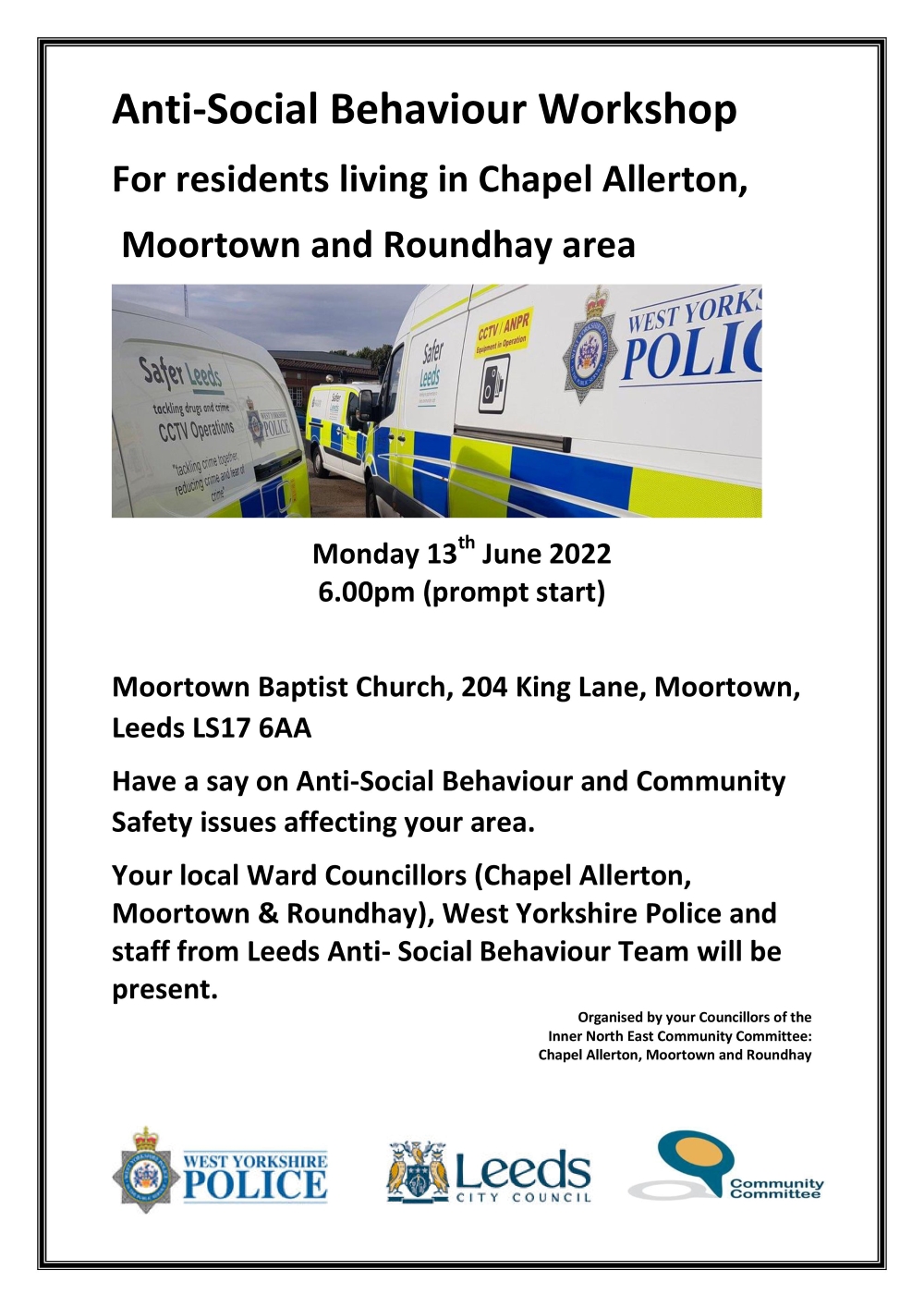 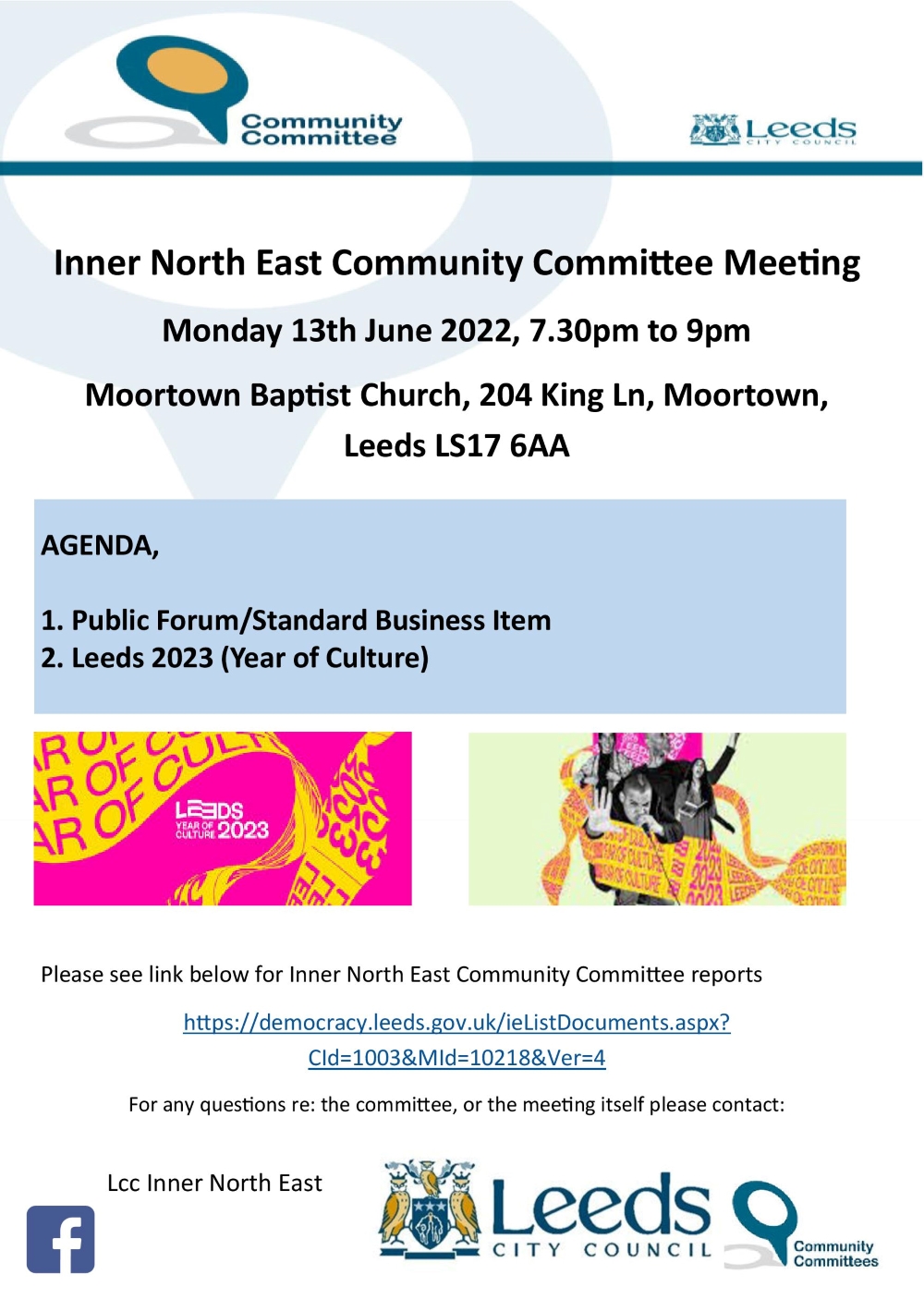